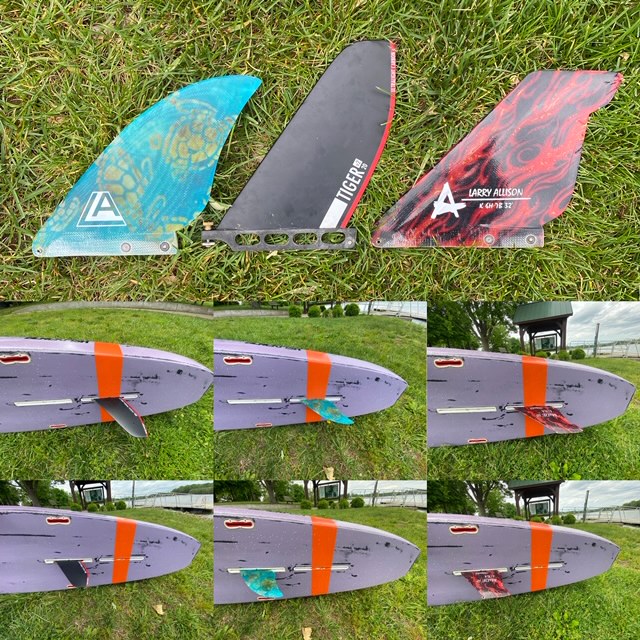 Welcome to the series #1 of Fin test

I was quite surprised to see that Black Project Tiger fin had restricted top speed. One of the reason keeping mid pace is to allow the proper time for board to glide. This results itself doesn’t mean that fin is not for you. I think putting these three fins on upcoming sprint test could be interesting results and something to talk about.

What I know is that Tiger fin is very upright fin and becoming more pivot fin with small cord length and much less of foil. Relatively small differences of spec and foil can change results in many ways.

Even placing Larry’s Dolphin and Stinger Kicker fin in either of the fin box can results of different feel and outcome. With this test I can say that Stinger Kicker is still taking home the win. Condition do matter and I think this test was not pure glassy condition yet most would consider flat condition.

If you are interested here is link the Stinger Kicker fin at Paddle surf warehouse . Also Larry Allison’s available products page from them.

Upcoming test is Black Project Maliko V2 and Stealth Ninja as candidate but all TBA at this point.

So the meantime next series is extended version of this blog to bring more extra data.

Here is a overlay of the fin to see differences