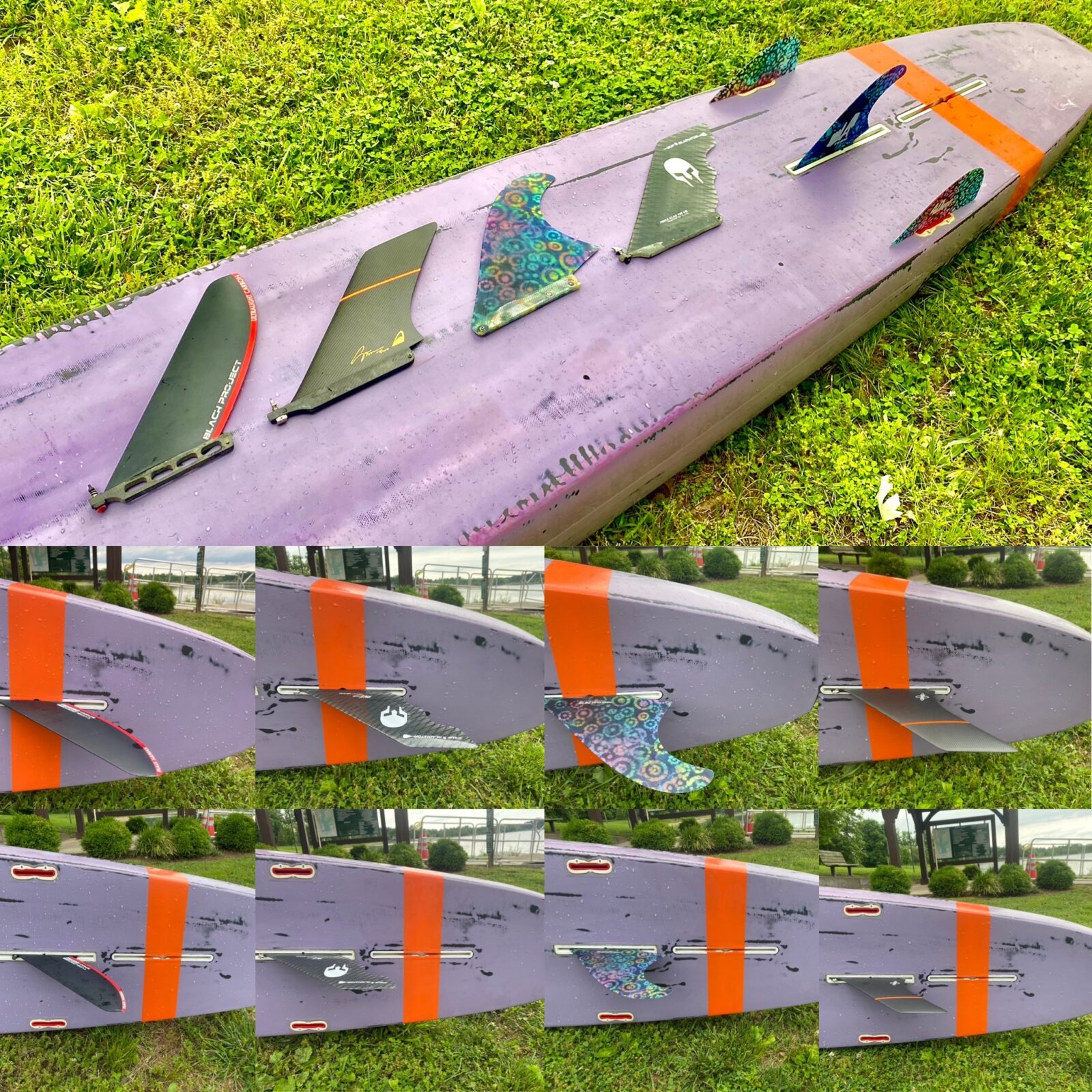 Interesting about testing with various of fin is you really get to know how you feel and what results are within same proximity of conditions.

So how do I feel about this bigger fin test? This was little more confusing than my prior fin test. Although if I think about how I felt under my board versus the results, Larry Allison’s GTX wins an overall best performance. All fin across the downwind has very un-noticeable change to even compare. I know fact that even at smaller fin test it was the same results.

If you go back to the other blog, upwind always find to be a better performance with right fin as well. In small fin LA Kicker and large fin LA GTX both were comparable spec for the fair testing.

One of the interesting results is the Stavron fin. This fin seems to be the hacked up version of LA Ninja fin which remarkable did best downwind on both of my fin box. But surprisingly upwind in both fix box I was able to pull same speed. This is primary problem the base of the fin has no hold therefore release too fast and de-accelerate the speed.

I know you thinking right now saying really? Does it work on my board better? As we continue to do additional fin test I will share the thoughts on what you need to know.

You want see extended version of data since all 4 fins was marginally close. We will skip and go to the next fin test.