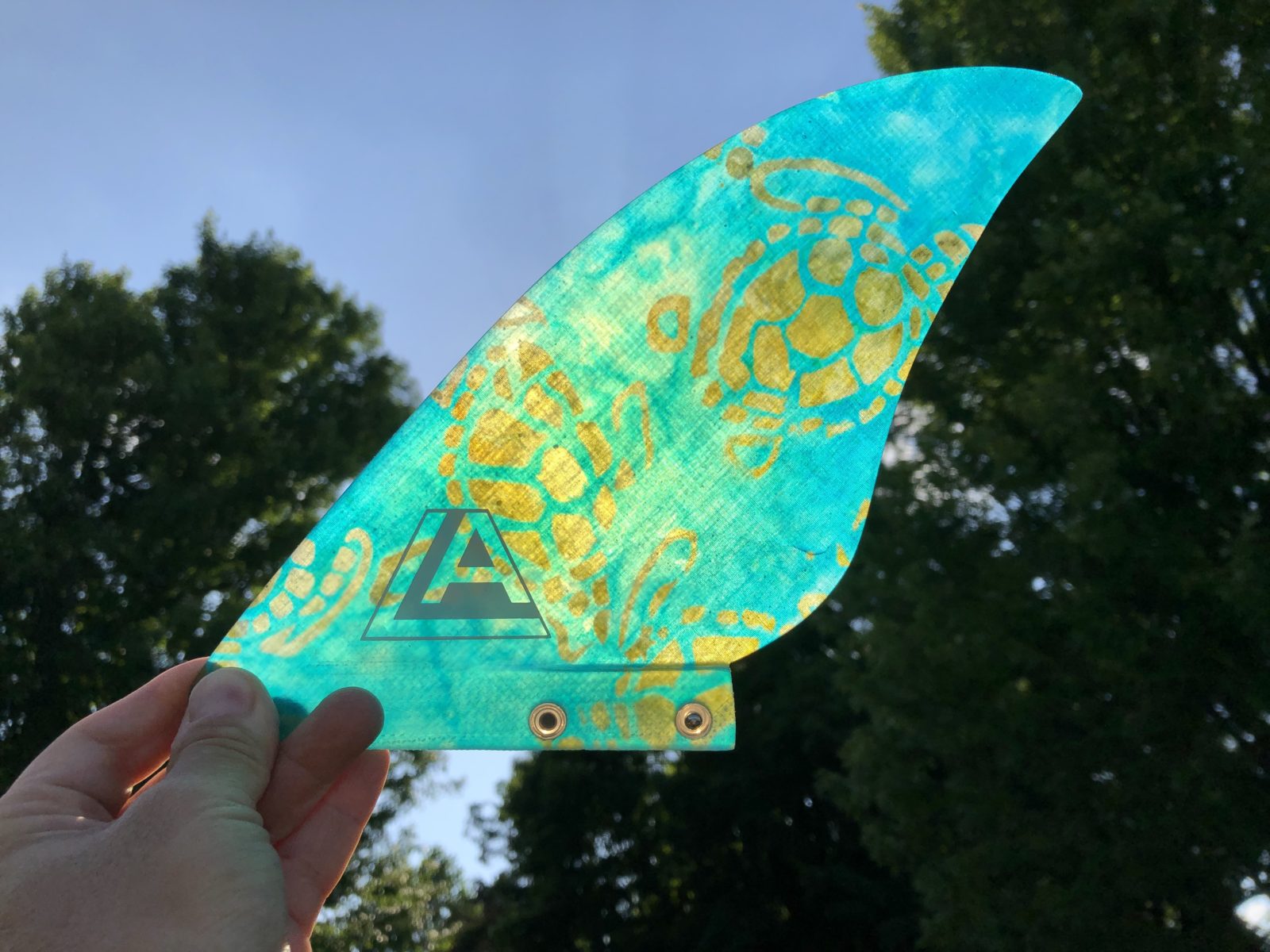 Does the fin design really makes a huge differences? If you take your time to understand how fin works I think you would agreed that it does. I’m not expert but I have learn over the years going through few boards and Larry Allison’s Probox Fin system running 4 fin I think I have a extensive knowledge.

We won’t go in details about weight and/or even specific fin brands today but rather talk about simple 4 fin vs single fin result within Larry Allison’s fin.

I think I can change your mind set about 4 fin after see sample data collection I did. I need to do some additional distance test but we may need to postpone to 2020 spring as we are blasted with cold weather.

So if I show you data with same direction , same paddle , same board and off course same paddler can I convince you that in a short distance fin didn’t effect much?. As a human it is hard to duplicate exact condition when you are on the water that can change even with 5-10min of a break.

So now that I gave you some data you are saying single fin is better. Because I don’t have distance test(1mile or 3miles ) I can’t make assumption but here is.

Less than 5min apart (0.550167 mi vs 0.49775 mi). Every inch, feet, cm, meter all it counts when you need to podium so totally understandable. This sample set given that you keep the average speed without effected by conditions.

Next question is how do you support that 4 fin is much better? There is a plenty of users including me prefer the 4 fin.

What do you look for 4 fin performance?

Regarding to the SPM differences, using larger GTX fin in single setup board excel with great speed but also fin becomes slightly over fin which increases the torque with lower SPM.

” When fin becomes over fin it tends stress your body in longer duration. With that said when fin becomes under fin board de- accelerates quickly therefore your SPM increases. Also characteristic of under fin is too much top speed with speed drops dramatically when you change the sides or pause for seconds”

Also in a single setup you do feel the board little tippy so you will end up change the sides often to correct the headings to maintain the speed.

When you are using GTS fin for 4 fin setups your lateral support is increases and twins engaged with center fin which will lift the tail end up. In a single fin world tail will be suction down while twin will re-direct the water towards the center of the board and creates the lift. Twin fin is foiled inside which directs water so if you install with foiled toward outside you board will feel differently., With GTS it’s not under fin because I have test GTS Mini, GTS and GTX of three and GTS had most glide and less de-acceleratation. With right amount of power hold and release from the fin increases in SPM which does not effect stress to your body. This is why spending a time with your gear is most important.

Often read we about certain fin is better than others. Well, to my none bias opinion most information has no extensive test to prove except most are from top athletes.

We often just buy gears thinking it will do better yet it is just tricking in your head. At the end of the day your “Engine” still has to work and how efficiently you can utilize to your advantage. My last board I spend nearly 1800 miles not only learn about the fin but learn to ride board to the fullest. Over year later I feel much more comfortable with board once I though it was tippy board. It’s an amazing journey when you spend time with your equipment.

Paddling is an easy part of process but to be efficient and take the full advantage of your board you need train and test the gears. Changing board often or lack of time spend on board really doesn’t have positive results. You end up re-learning all over again. It’s an amazing journey when you spend a time with your equipment.

So back to the conclusion to the fin test. 4 fin was born in SUP world to maintain your board , stable and balanced for distance paddling in mind. Just because you put 4 fin doesn’t mean you board will act like 32″ rec board either. It’s that little change that makes you to paddle better and enjoy it. Looking forward to do some distance test near the feature with these fin setups.

To quick summarize the 4 fin (Pro Box Fin System) setup would be like this.

Noticeable difference between the two setups is allow you to concentrate more on paddling. More you keep fighting with board less you are paddling therefore those tiny distance diminish over long distance would be shown at the end of your race.

Next time when you are on water think about those little movements on the water. Feel the board and the speed when board is relatively smooth with less rolling condition VS board is rolling. If you have SpeedCoach use it and see how it behaves for you with fin collections you have.